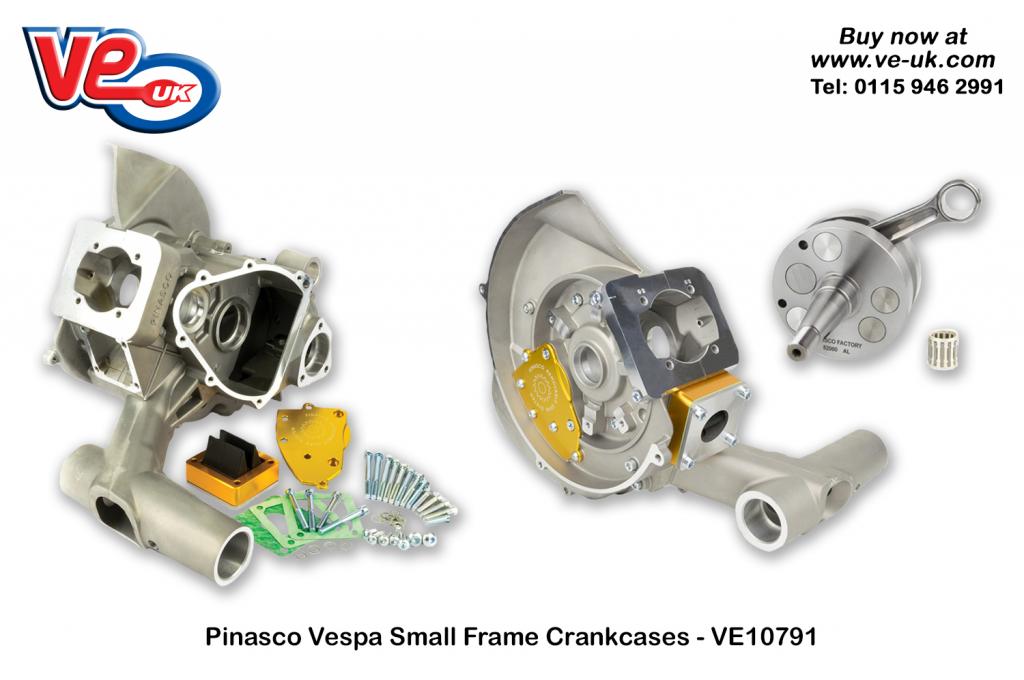 Building on the success of the Pinasco crankcases for the Vespa PX and T5 range, Pinasco have released 3 reed valve crankcase options for the Vespa “Small Frame” which are available through UK importer VE (UK).

All versions feature larger bearing seats, reinforcement on critical stress areas, and an 8 petal reed block. The crankcases include all studs and gaskets required.

Pinasco have also introduced a system to allow the gear cluster to be changed without removing the engine from the frame, and only having to remove the clutch assembly to access the removal of the gear cluster. This has been achieved by developing their “Removable gear system” to allow racers to easily swap out ratios in the paddocks with the minimum of fuss.

This entry was posted in Pinasco Performance, Vespa parts. Bookmark this page.

We use cookies to ensure that we give you the best experience on our website. If you continue to use this site we will assume that you are happy with it.Ok